The Granet Museum, the flagship institution of Aix en Provence, presents in association with the Tate Gallery from January 28th through May 28th 2023 a major retrospective covering more than 700 m2 of the well known British artist David Hockney.

He is one of the best known and influential artists of the 20th century. He was born in Bradford, United Kingdom in 1937. He studied at the Bradford School of Art and the Royal College of Art in London. Over the course of the last 60 years Hockney has produced some of the most famous paintings in contemporary art.

Since his first retrospective exhibition organized at the Whitechapel Gallery, London in 1970 when he was 33, the artist has not stopped attracting the interest of art critics as well as the general public worldwide. His inspiration comes from numerous sources: popular images and masterpieces by both old masters and modern artists. He is inspired by the great classics of art (still life, portraits and landscapes) and especially by his obsessions: represention and perspective. He has always been on the cutting edge and avant garde in questioning our perception of the world. Hockney has highlighted all of the traditional possibilities in painting, engraving and design but also in photography and digital techniques.

The exposition is divided into nine sections retracing his career from the middle of the 1950s to today. The paintings presented come principally from the Tate Collection but also from private collections. These paintings illustrate the unique journey of David Hockney and the numerous ways that he questions nature and what surrounds us. The exhibion moves from his beginnings as a gifted student through his journey to the creation of his later masterpieces. He is now acknowledged as one of the world’s most prominent living artists. 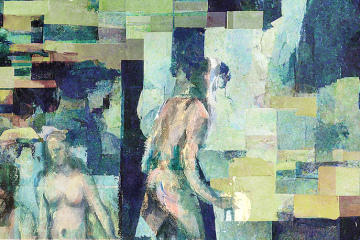 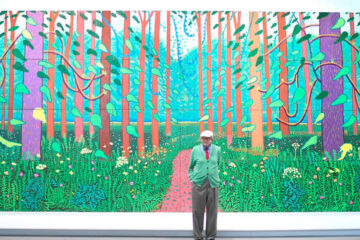 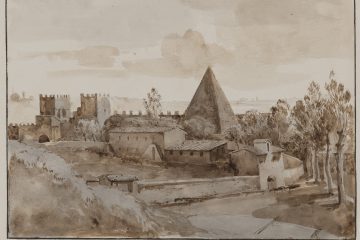